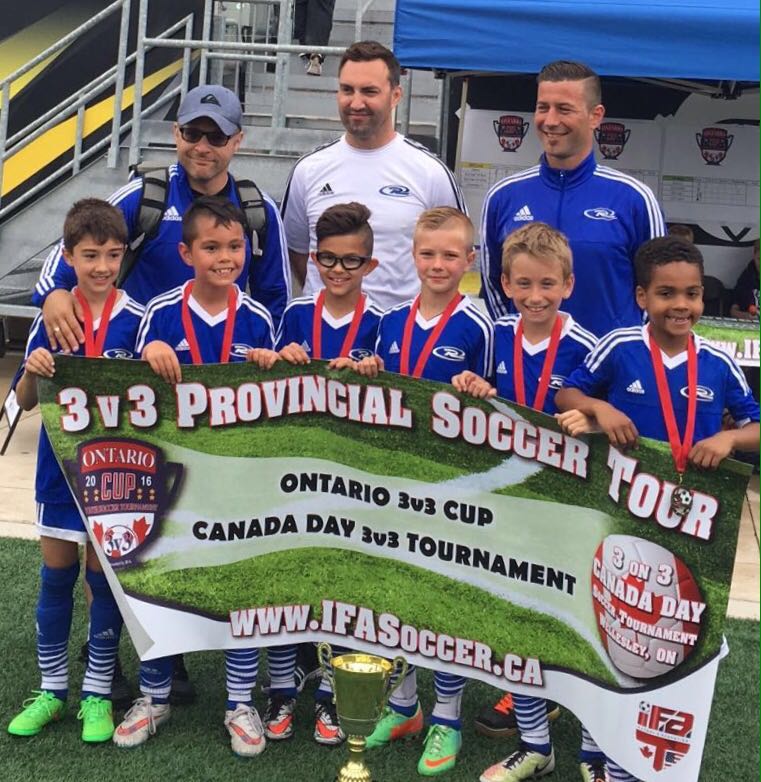 On June 5th, 2016, Rush Canada’s 2007 boys competed in the Ontario Cup 3v3 tournament hosted at Tim Horton’s field in Hamilton. Both the Blue and White teams exhibited great competitive drive and spirit during the round robin games. However when all the dust had settled the Blue Team found themselves facing last years 3v3 Ontario champions in the final. During the final game our boys showed poise, prowess and eventually dominance allowing them to walk away with the trophy.

The U9 Coach Zoran Odovic praised the boys.

“I’m very proud to see the overall improvement of all our 2007 boys for the past few months. Even though we had to limit the amount of players we could register for each team, this victory is a reflection of all the hard work each one of our 17 boys are putting into practice each day. Each individual player pushes and challenges one another to achieve even greater things. To all the coaches, Jal, Frank and Jason I commend you for all the hard work and attention to detail…and finally to all the parents thank you for your dedication, belief and time you take with your children…I’m looking forward to even better and greater things to come. Congrats!”

Watch their celebration below!