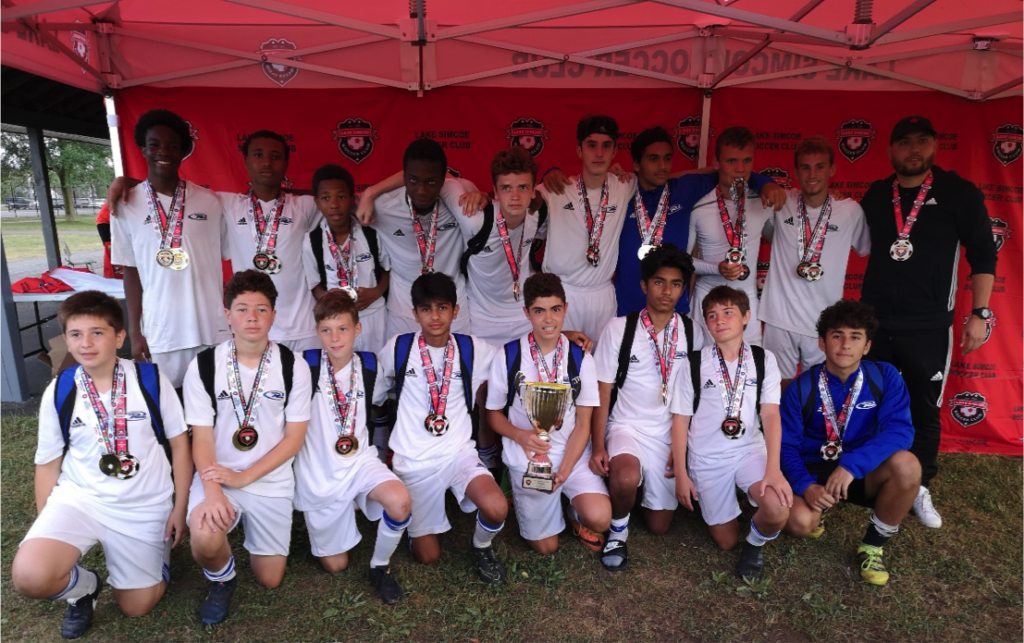 Rush Canada is proud to announce that the Rush Canada 2003 Boys White team won the Lake Simcoe Tournament this past weekend on July 21/22 in the U16 age bracket. The boys challenged themselves by playing a year up and they were able to win all 5 games including the finals where they faced Dixie 2002 Black team for the second time this weekend in which the finals brought out a very aggressive game, the boys were able to continue to play their style and come out victorious.