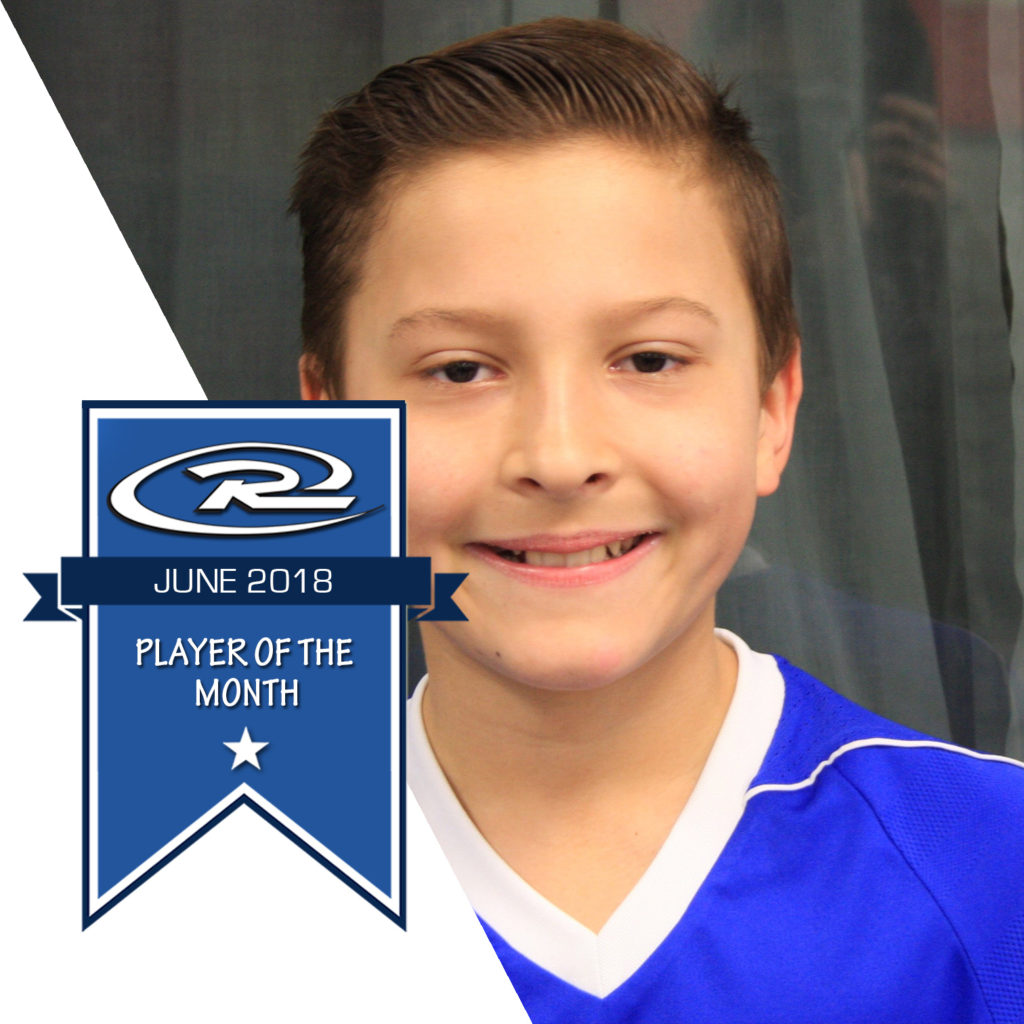 Congratulations to Nicolas Caicedo on his Rush Canada Player of the Month selection for June 2018! Nicolas plays for Coach Zoran’s 2007 team. Congrats on the selection Nicolas!

“Nicolas Caicedo has become one of the core players and  leaders on a very young and competitive team 2007 team.
He leads by example by being one of the first players to arrive and the last to leave after the training sessions and matches. He enjoys  all aspects of the game committing himself to improving in every area of the field. Nicolas has excelled at his offensive position and has helped to improve the performances of his teammates on and off the field of play.
His warrior mentality provides him a never quit tenacious attitude and has truly made him into an extremely feared player on the pitch.
I’m more than proud to be coaching Nicolas and having him in being part of the team.  Congratulations Nicolas.  “

Take a moment to congratulate Nicolas on Our Facebook Page!