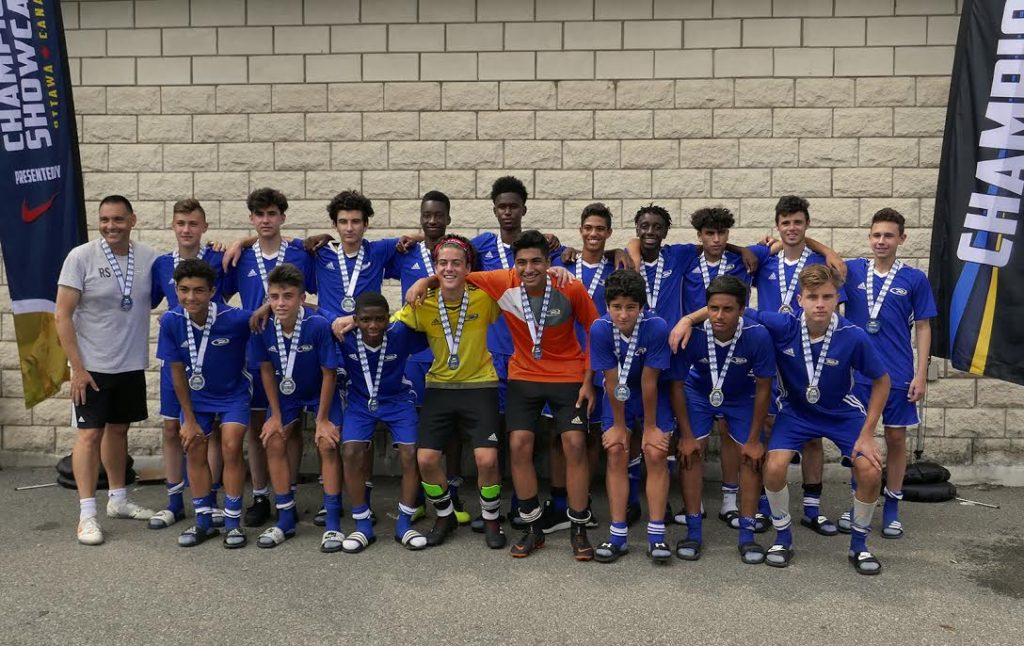 During this past August long weekend, our Rush 2003 boys participated in the Ottawa Showcase.  Playing in the top tier, on larger fields and in extreme heat, the boys adapted well to the conditions and overcame their opposition to win the showcase. They progressed through their group games very well scoring 17 goals in their 1st three games and only conceded once from a penalty shot during the 3rd game.  The boys never conceded a goal during open play which considering the conditions and the games were 80 minutes long was an impressive achievement.  The cup final was a very challenging match against our very well organized and talented Rush 2003 White team who also progressed through their group games flawlessly.  The game was well balanced with chances at both ends, but neither team could find the net.  In the end the match went to penalty kicks which proved just as difficult as the game itself, but in the end the 2003 Blue team won the cup final 1-0 (6-5 on penalties).

Congratulations to both Rush teams for a superb weekend and to the Rush 2003 Blue players for their hard work and dedication to achieve the victory.