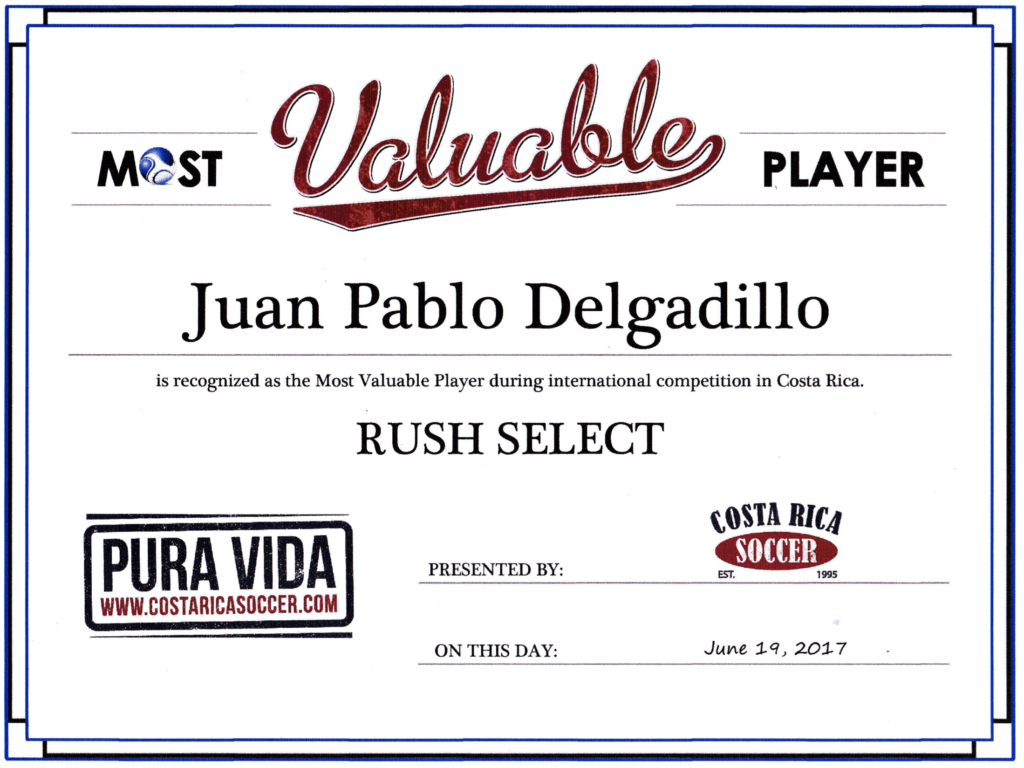 Pablo represented Rush Canada in the very best fashion. He served as team captain for the Rush Select team.  and was selected as the man of the match for three out of the four games in the competition, eventually being named the Tournament Most Valuable Player (MVP).

While in Costa Rica, the Rush Select team played against a handful of Costa Rica’s first division academy teams. Their competition comprised of teams from the U17, U16, U15, and U14 age bracket. The Rush Select boys did considerably well taking into consideration the high level of competition they faced.