Fall Tryouts: Try Out for the Largest Youth Soccer Organization in the World 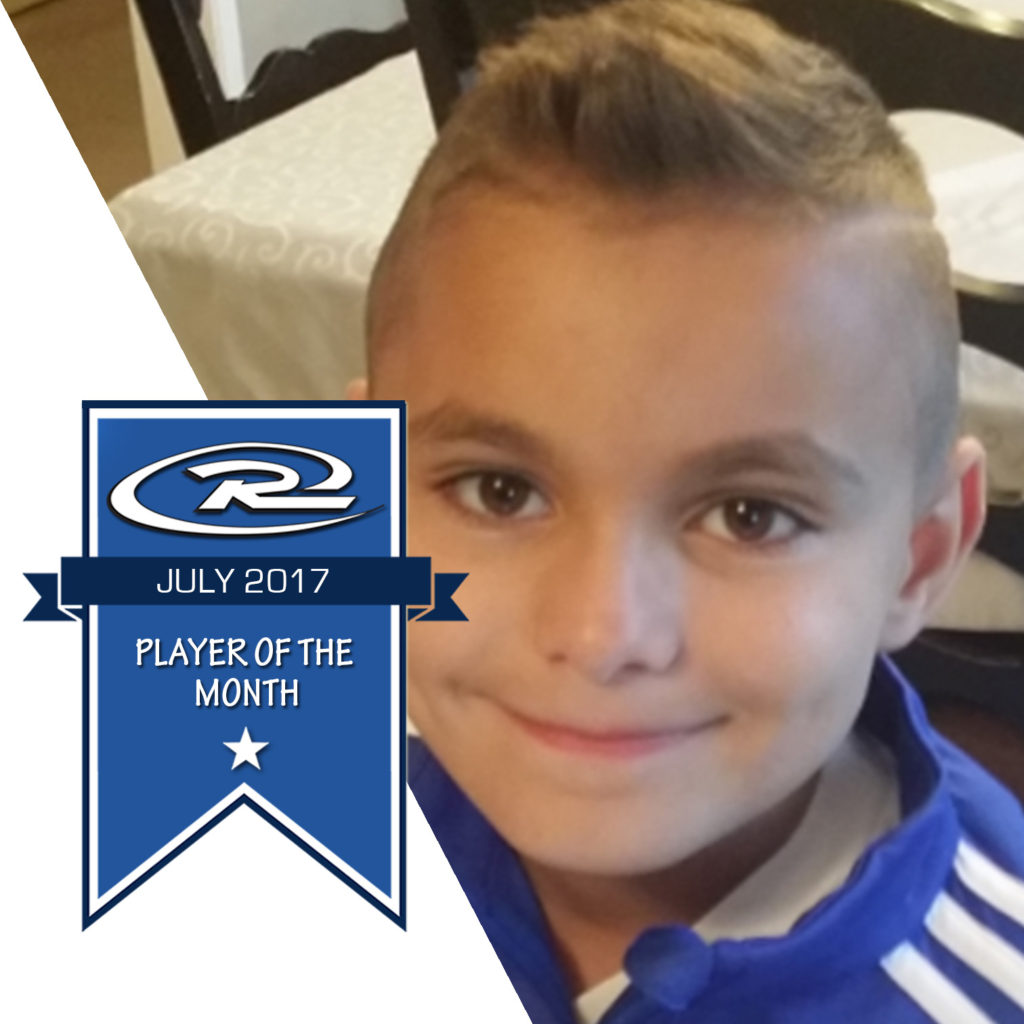 Congratulations to Joseph Lamprecht on his Rush Canada Player of the Month selection for July 2017! Joseph plays for Coach Rob‘s 2008 team. Congrats on the selection Joseph!

“Joseph Lamprecht has been selected as the 2008 player of the month. At the beginning of the season we asked the group “who” would like to play in goal and Joseph was the first to put his hand up. In fact his arm shot up so fast, I thought he was going to dislocate his shoulder :-). Since then he’s become the perfect foundation for our Rush 2008 team. His commitment has been fantastic; when goal keeping training took place during a different night than our team training, Joseph attended them all and the effort has paid off. In fact even while on vacation, he still made it down to our games so we were never without our goalkeeper. Throughout the season, Joseph has pulled off some amazing saves including several breakaways during our match against Woodbridge at the Robbie Festival earlier in July. Joseph’s passion to play the position is evident, but most importantly it’s his calmness that provides our entire team a sense of confidence something that should never be overlooked. Congratulations Joseph and keep up the good work!”

Take a moment to congratulate Joseph on Our Facebook Page!