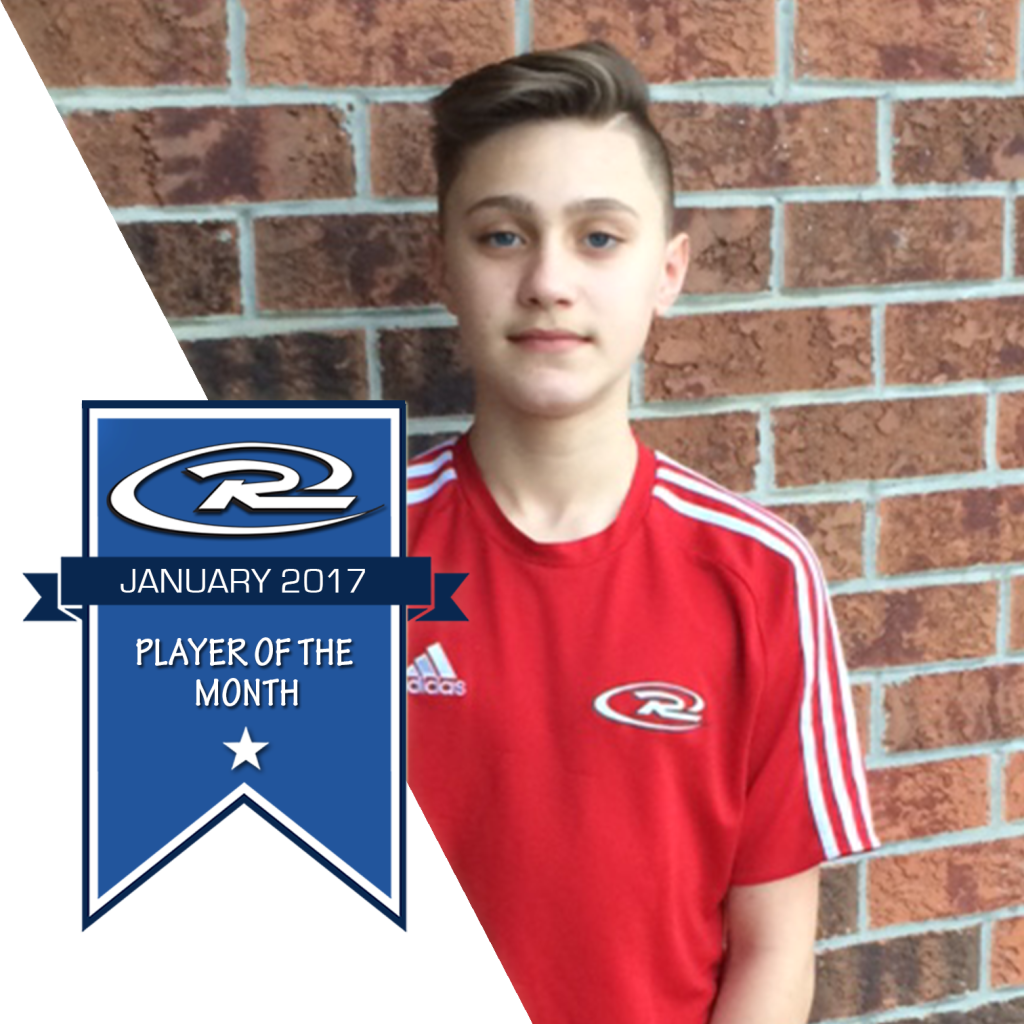 Congratulations to Marco Palermo on his Rush Canada Player of the Month selection for January 2017! Marco plays for Coach Rob’s 2003 team. Congrats on the selection Marco!

“Marco Palermo from our 2003 Blue squad has been selected as Rush Canada’s player of the month. Marco’s dedication to the sport and specifically to the players he trains with week in and week out optimises the role every Rush player should aspire to.  He gives 100% during any event he participates in and remains positive even when things aren’t going as well as he would like.  Marco looks for feedback and responds to the information with action. He listens and does his best to execute every task to the best of his ability which is all anyone can ask of a player.    Marco, you should be very proud of the effort you have shown since joining the group!

Take a moment to congratulate Marco on Our Facebook Page!