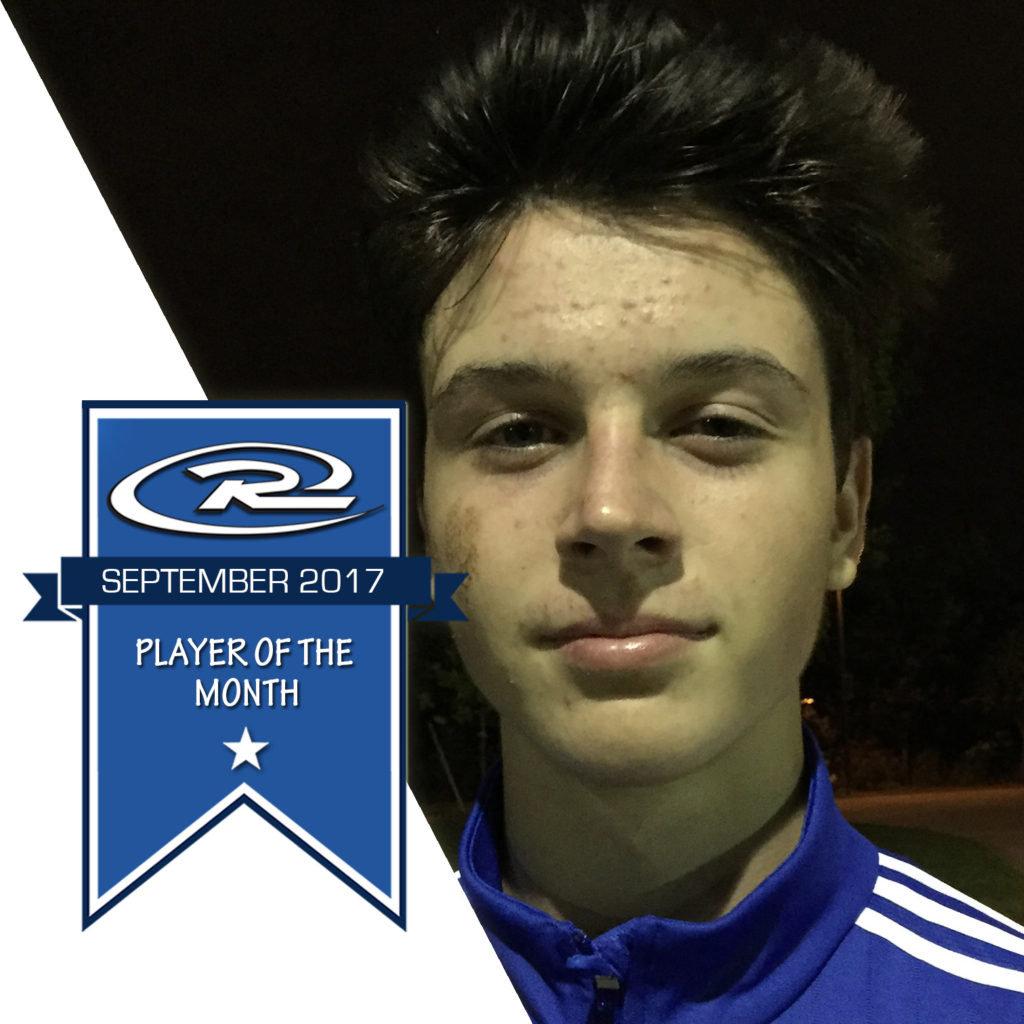 Congratulations to Sebastian Wolinski on his Rush Canada Player of the Month selection for September 2017! Sebastian plays for Coach Deon‘s 2001 team. Congrats on the selection Sebastian!

“Sebastian Wolinski, born June 6th, 2001 has been playing soccer since he was 4 years old and is currently playing at the U20 level in SAAC. Sebastian most recently attended the Rush and AMP European identification camp where he impressed the Manchester, England coaching staff. He will attend the College Showcase Tournament this winter in Mississauga and continue to dominate in his position at left fullback, defensive mid-fielder or attacking mid-fielder.

In the classroom, Sebastian is an A-student and played tennis recreationally. He enjoys science and french and also math.

Liam also has a strong record of community service, such as refereeing for youth hockey and soccer.

Since Sebastian’s move to Rush Canada, he has shown the ability to rapidly adjust to the new environment, cultures and teammates with a consistently positive attitude. With high family hailing from Poland and and incredible work ethic. Sebastian scored a 21 on his Yo-Yo Intermittent Recovery test in 2017. This is a great result given the average score for pro players is 20. It’s no doubt that his favorite player is Robert Lewandowski.

His passion and work ethic on the field and leadership set a great example for his peers.

I have no doubt that Sebastian will be successful in achieving his goals in soccer.”

Take a moment to congratulate Sebastian on Our Facebook Page!