We are happy to announce that the Rush Canada 2003 Boys won the Michigan Club Challenge competing an age group up.
“During a difficult weekend in the cold and rain, the 15 boys who were able to attend this tournament showed great resilience and determination! Playing in the 2002 age group we proved that age is not a defining factor and that quality and teamwork accounts for so much more” adds Coach Rob Stirling.
During the group stage the boys played well and ended up with 3 wins conceding one goal while scoring 8.  In the final, Rush Canada played against a physically larger team from Farmington who were definitely fired up to play us.  While we were unlucky not to go ahead early in match we found ourselves down 2-0 after a penalty was called against us with less than 20 minutes to play in the game.  Even though it was cold and we were down 2 goals, we continued to apply pressure and maintained composure never giving up even though it wasn’t looking good.  With less than 15 minutes to play Dante, made an important save keeping us within 2 which paid off moments later after we were awarded a penalty.  It was converted getting us within one goal and with less than 5 minutes to play we scored the equalizer taking us to extra time.
“During extra time we remained dominant in possession and eventually the ball found it’s way to Matteo’s left foot who from 25 yards out, hit one of the most impressive shots of the tournament.  As it curved into the net, the keeper stretched and did everything he could, but the power behind the shot was just too much.  Ahead by a goal with less than 5 minutes to go, Matteo again found himself in a similar position and decided the first one wasn’t good enough so he had another go….and yes he found the net again with another superb strike; even the coaches from other Rush teams watching couldn’t believe it” adds coach Rob.
The game ended with the boys winning the final 4-2.  We had several players playing positions they don’t normally play, so this was truly a team effort and a win the boys should be incredibly proud of. 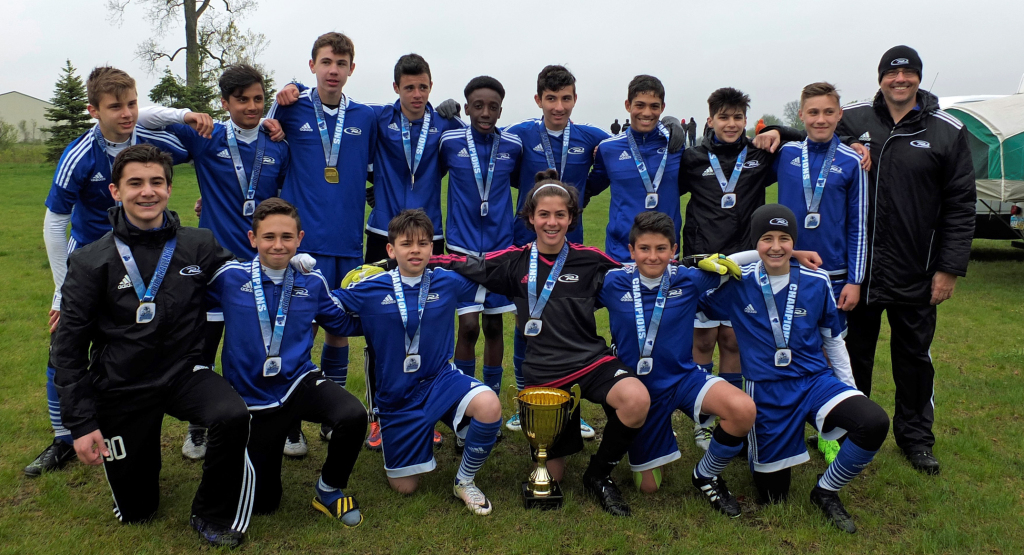