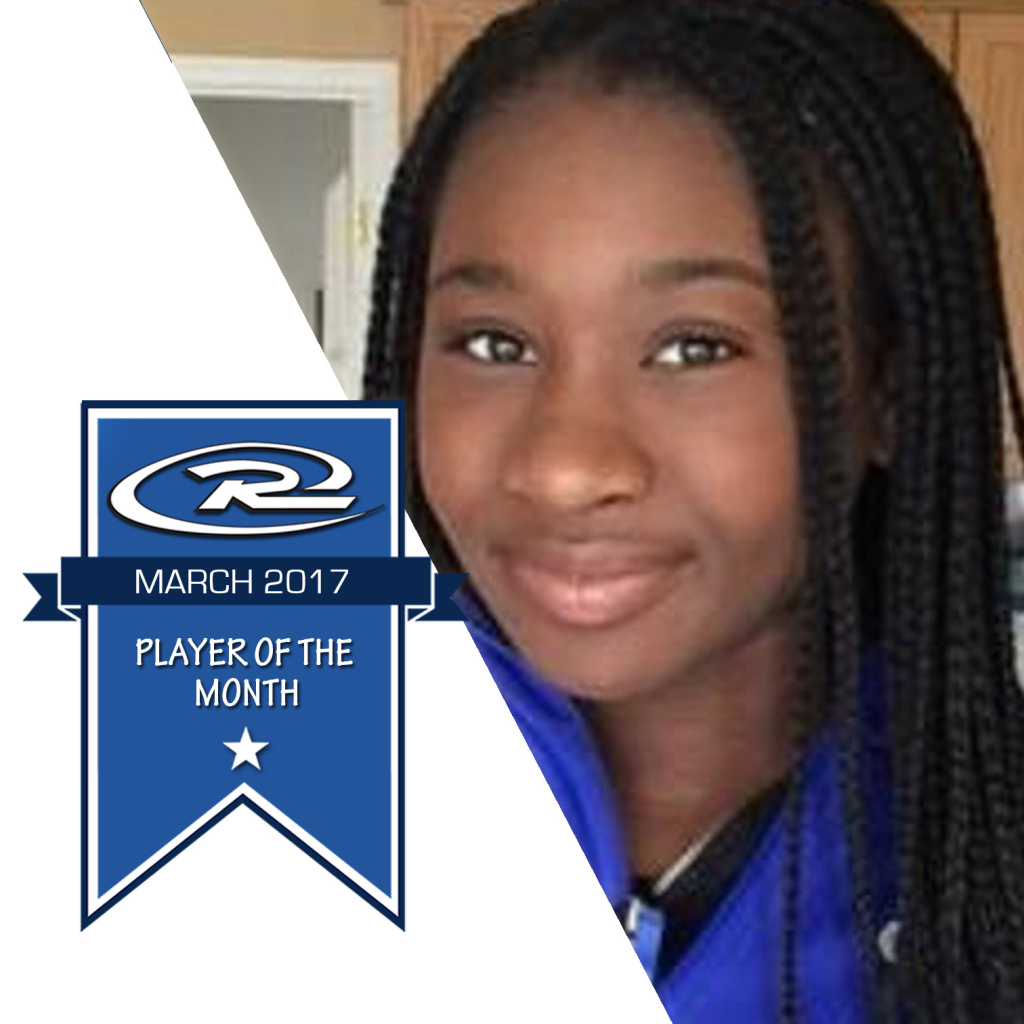 Congratulations to Megan Howell on her Rush Canada Player of the Month selection for March 2017! Megan plays for Coach Kornel’s 2001 team. Congrats on the selection Megan!

“Megan has been with Rush since 2013 and has developed into a highly skilled Central Defender who can also play right or left back. She reads the game well and has great anticipation. She has speed and great determination. She communicates well and has the ability to tackle effectively to win the ball. Megan was one of 5 Rush Canada player selected to the 2001 Rush Select team that participated in the President Day Tournament in February.”

Take a moment to congratulate Megan on Our Facebook Page!