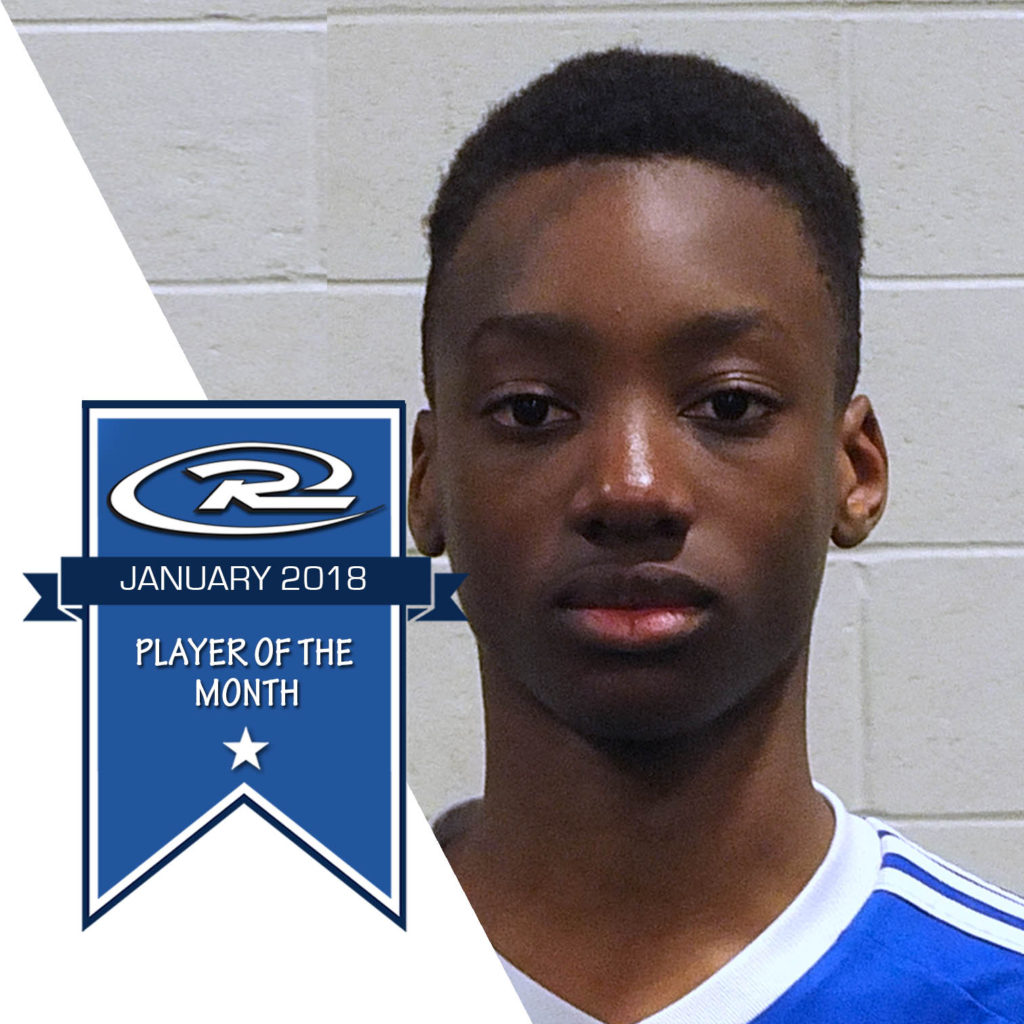 Congratulations to Ikenna Ngwaba on his Rush Canada Player of the Month selection for January 2018! Ikenna plays for Coach Rob’s 2003 team. Congrats on the selection Ikenna!

“It can be tough at times to select only one person from a group of exceptional players, however this time around I had a relatively easy time with this player of the month selection. All coaches struggle at times to find positions for players especially when you have a very forward thinking team and lots of players to choose from. Ikenna Ngwaba has the flexibility of playing upfront and wide positions and has done well in those roles when called upon. This past year saw our group suffer from a number of injuries especially in the back so I was forced to look for players who might do well in other roles including as a central defender. Some players would have a tough time to accept the change, but Ikenna took hold of the opportunity with a positive attitude and performed exceedingly well becoming one of our starting centre backs during our winter season in Buffalo. In the six games we’ve played with him at the back we haven’t conceded a goal and he’s played every minute of every game. Ikenna has done a superb job and definitely earned the player of the month acknowledgement.”

Take a moment to congratulate Ikenna on Our Facebook Page!