May Player of the Month: Jakub Mista

Congratulations to our 2006 boys for winning the prestigious 15th Annual Pacesetter Invitational in Ohio this past weekend. It was a very demanding three-day event played in extremely hot weather conditions. The competition level was very high with many top ranked teams from Ohio and the entire general region.

Our boys got off to a very strong start with a convincing 8-1 victory versus Pride SC. However, the second game proved to be much more challenging as Rush lost 5-1 to #1 Ohio South ranked Worthington United 94. The boys finished the group stages with a 3-1 win versus Pacesetter 06 Boys which took them to the top of the group and helped them advance to the semi-finals.

The semi-final match was played against Worthington United 94 who previously beat Rush Canada 5-1 the day earlier. It was a very close and challenging match with plenty of chances. Both teams worked very hard in the heat and the game eventually ended 2-2 prior to extra time. Rush played extremely well in the extra time but the game went on to penalties where we kept our cool and won 5-3 advancing to the final match.

In the final, Rush played against a very formidable Pennine United (Top 50 in the US Rank, #1 Ohio North Rank, #2 Region 2 Rank). The boys had to dig really deep after playing four matches in the previous two days and winning the semi-final in penalties just hours prior to the final. They fought really hard, played as a team, stayed disciplined and organized and managed to win the game 1-0.

Congratulations to all the boys on winning the tournament! All your effort, teamwork, discipline, and dedication paid off.

You can see the tournament results here. 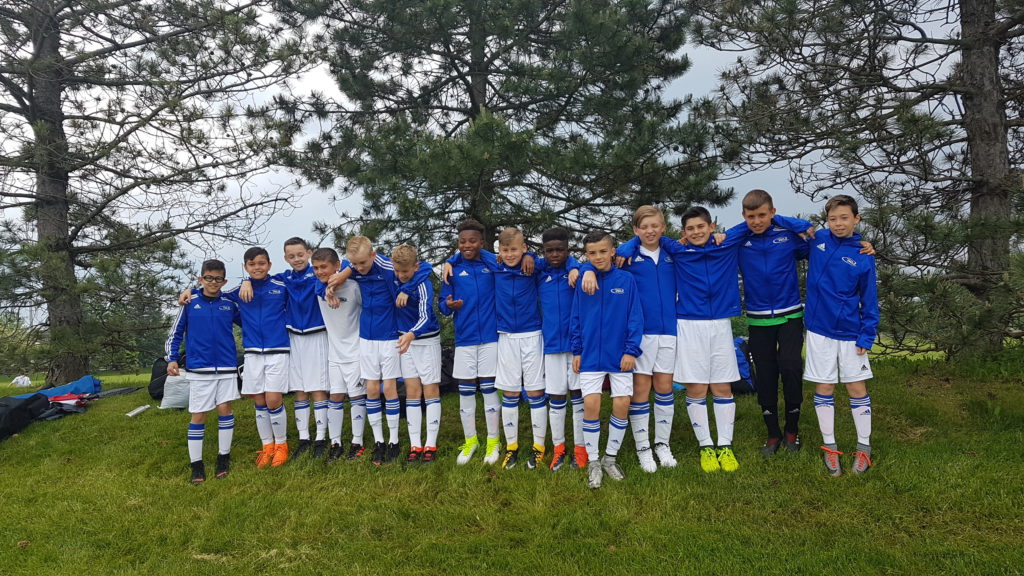