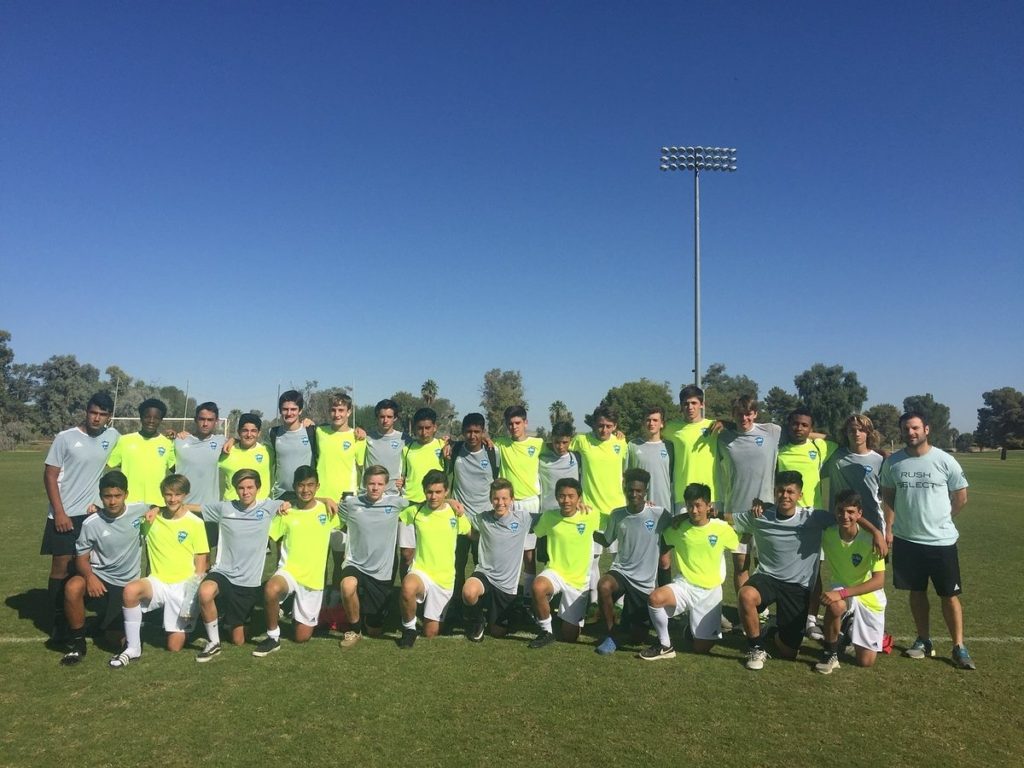 Rush Canada Soccer Academy is proud to announce that Osi Obasi and Jaiden Ramsay-Kelly successfully identified as two of the top players in the 2002 age group within Rush Soccer.  The Rush Select Training Camp, was held from October 27 – October 29 at the Casa Grande, Arizona. The Training Camp serves as three days of training preparation before Rush Select coaches officially name their rosters for the Presidents’ Day Tournament.

The Presidents’ Day Tournament College showcase tournament in Phoenix, Arizona attracts 100s of college coaches each year. With top level competition against club teams from around the country.

The benefits of the the program is as follows:
Congratulations Jaiden and Osi for making the Rush Select team! Good luck at the Presidents’ Day Tournament College showcase tournament in Phoenix, Arizona in February 2018.
Share
92