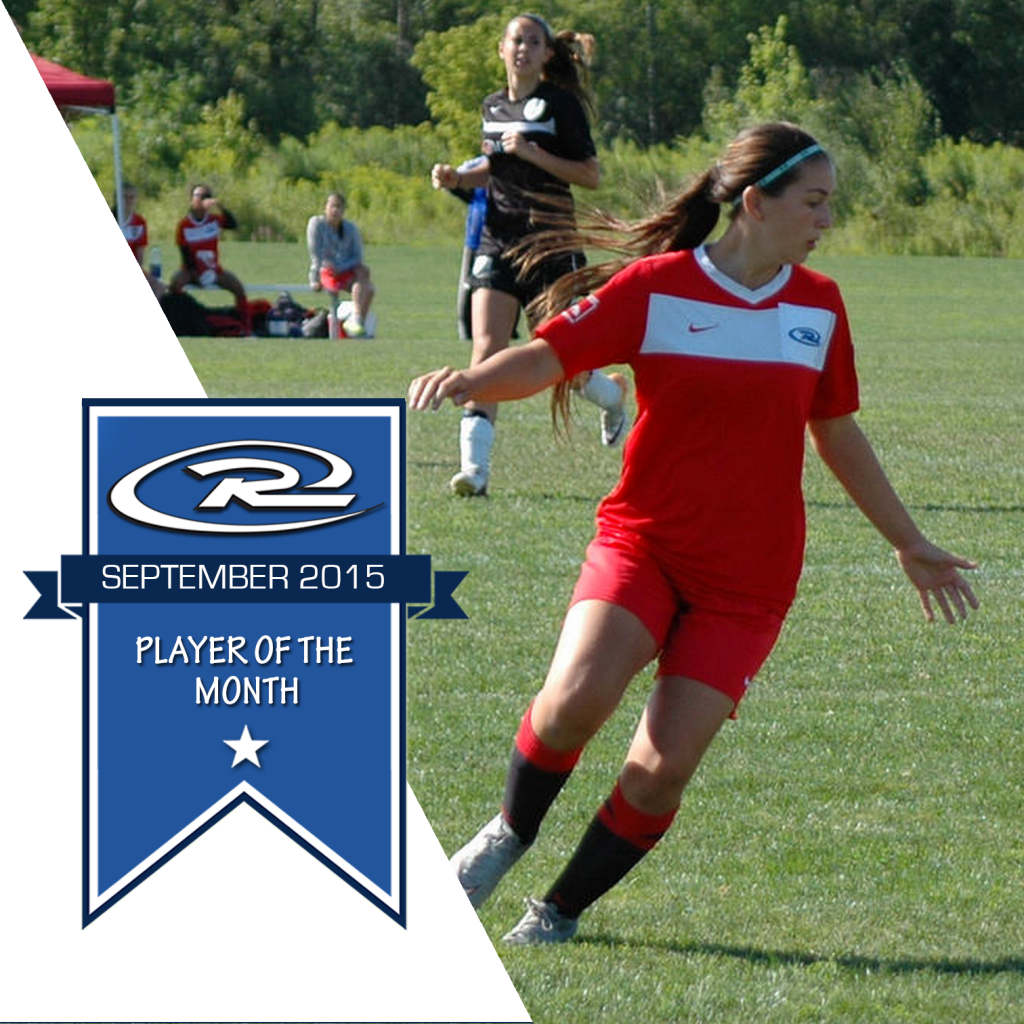 Congratulations to Nevada Feasby on her Rush Canada Player of the Month selection for September 2015! Nevada plays for Coach Kornel’s U14 girl’s team. Congrats on the selection Nevada!

“Nevada is the captain of the U14 Girls Rush team and one of the best defenders in Ontario. Playing in the U.S. and Canada, Nevada captained the team to success, winning championships and tournaments such as the Rush Tournament in Michigan and the Ottawa Tournament of Champions. Nevada is highly loved and respected by her team mates on and off the field. She works hard, is very disciplined, motivated and friendly.

Nevada reads the game well and is the “coach” on the field, often helping to organize the defence. She is strong, skillful, fast, and has great decision making abilities.

As her coach I have nothing but compliments for Nevada. She is special. As a person, she is always positive, respectful, and willing to help the coach and the other players. Nevada’s attitude and behaviour makes my coaching job easy and pleasant, as the rest of the players follow her example. Nevada is a pleasure to coach.  “

Take a moment to congratulate Nevada on Our Facebook Page!