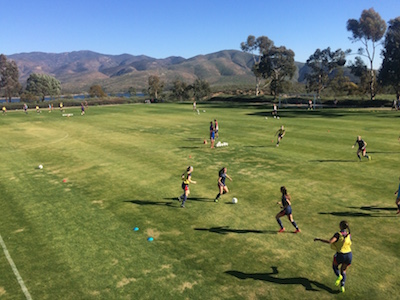 The Under-16 Girls’ National Team will hold a training camp from April 6-13 at the Olympic Training Center in Chula Vista, Calif., that will feature 24 players including Brianna Martinez from New Mexico Rush and Cori Dyke from Colorado Rush. The event will run in conjunction with a U.S. U-17 Women’s National Team camp which will include Civanna Kuhlmann from Colorado Rush.

The two teams will play each other twice during the week.

This will be the second camp of the year for the U16 GNT. Camps for this age group represent and overall increase in programming for the USA’s youth national teams. All but one player on the roster was born in 2000.