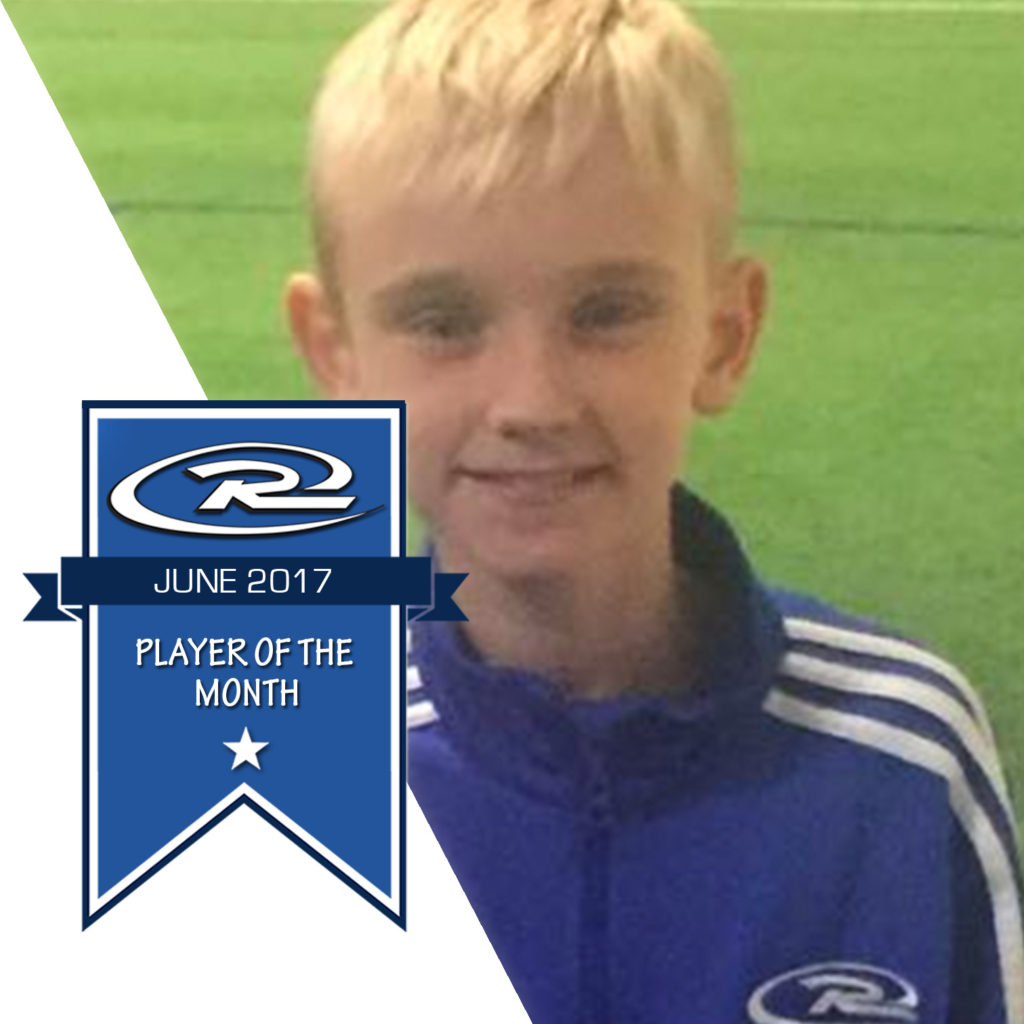 Congratulations to Logan Buitenhuis on his Rush Canada Player of the Month selection for June 2017! Logan plays for Coach Ivan‘s and Coach Mark’s 2006 team. Congrats on the selection Logan!

“Logan has been with Rush Canada’s U11 team for less than a year, but through his hard work, discipline, and determination, he’s already become one of the leaders on the academy team. In a very short period of time, Logan improved tremendously. This is largely down to his attendance, intelligence, and willingness to learn. He’s done an amazing job adjusting to a new position. Further, during the month of June, he was one of the most consistent players on the team – rarely making a mistake. Beyond this, he has an amazing character and is a pleasure to coach. We look forward to further improvement from Logan!”

Take a moment to congratulate Logan on Our Facebook Page!