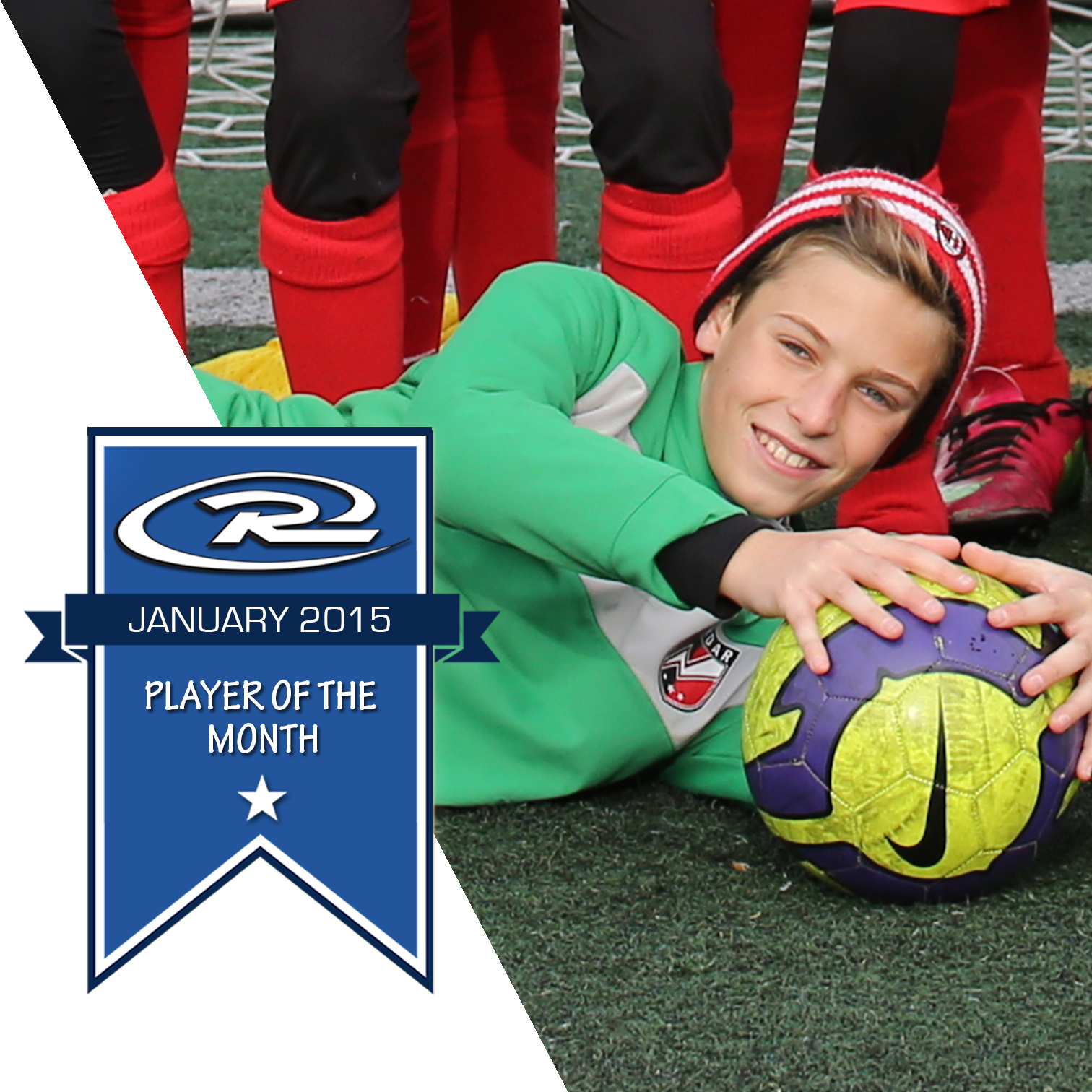 Congratulations to Christian Mancini on his Rush Canada Player of the Month selection for January 2015. Christian hails from Brampton, and is one of the most talented goalkeepers in the Rush Academy. He plays for Coach Deon‘s 2001 Team, and is described by his coach as a “ferocious competitor” with a very bright future ahead of him.  Congrats on the selection Christian!

“With boundless energy and cat like reflexes, Christian has gradually become one of the premier goalkeepers for the Rush Canada Soccer Academy. Training with such prestigious professional instructors like Nuno Santos (Canadian National Team Goalkeeping Coach) and currently training with Riccardo Grecco. Christian emerged as a dominant goalkeeper in the Toronto Futsal League. Whether on the field or off, Christian exhibits great character and makes others around him better players and classmates.”

Take a moment to congratulate Christian on Our Facebook Page!